After we made it through the queue, movie, and small pre-show it was time to enter the exhibit. I made a vow to try and photograph it as best I could, but there were certain challenges, such as odd lighting and an excess of people. There may be odd color casts and the tops of heads.

There was a grand reveal, and we saw a large doorway with statues outside.


The multi-floor sized doors opened, and inside was... 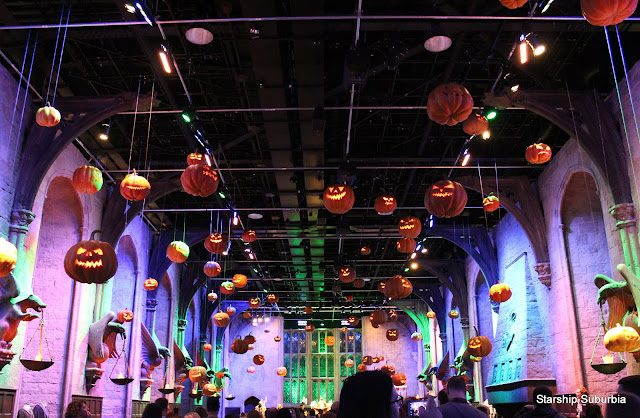 Since we were there near Halloween, it was decorated for the season! 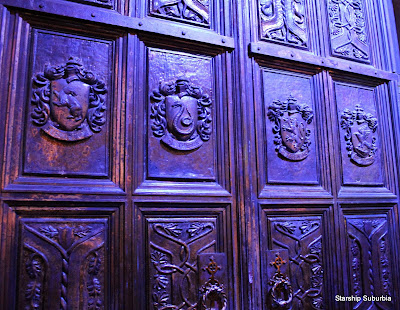 The large doors closed behind us, and I could see that they had the house crests carved on them.


There were displays of costumes for the various houses by the student tables. 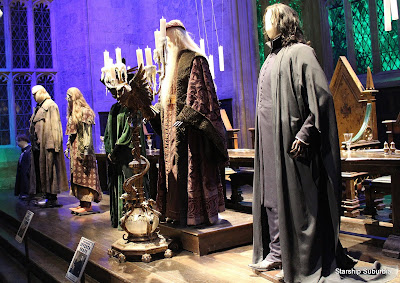 Displays of the professors' costumes were up by the head table. 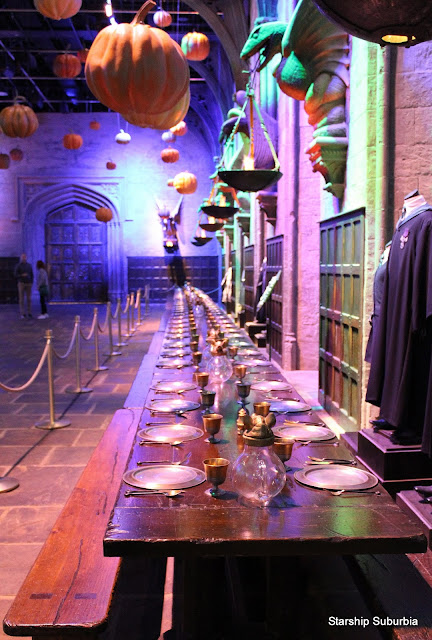 The student tables were set for a feast!

Part 3 is this way!
Labels: Away Missions