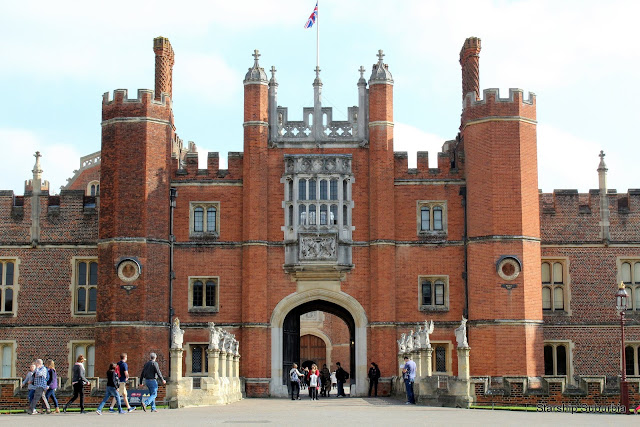 Hampton Court was another place I was really excited to see in person. I have a bit of a thing for the Tudors, which will become pretty apparent as I write more about the other places we visited. Visiting a place where people lived, died, and were buried makes history more real, at least to me.

Cardinal Wolsey built Hampton Court into a grand palace, spending great sums of money to do so. In 1528 he gave the palace to King Henry VIII, and he then made even additional investments in building it up. Upon William and Mary gaining the throne in 1689, they started pumping money into grand renovations, rebuilding portions of the castle in a French-inspired baroque style. Fortunately (or unfortunately, depending on how you look at it), they were unable to completely finish the project, leaving parts of the palace much as how they looked in the days of King Henry. George I and George II were the last monarchs to live (and renovate) in the place, but only mainly made changes to the inside in 1717 and the 1730s.

Our trip to the palace involved a later start - we decided to sleep in a little - and was on a wonderfully sunny day. As beautiful as the day was, it made photography of certain things a little difficult. We also got to figure out the rail system, which was a bit of an adventure, since the direct train that usually runs from London wasn't, due to some track work. But, thanks to a very helpful rail employee who didn't seem too put out at explaining things to us, pointed us in the direction of the right platform.

Once we got there, we picked up the really helpful audio/visual guides, finding out later that we were in the first few days of their being available, and headed on to the thing for which I was most excited - the Great Hall of King Henry VIII. 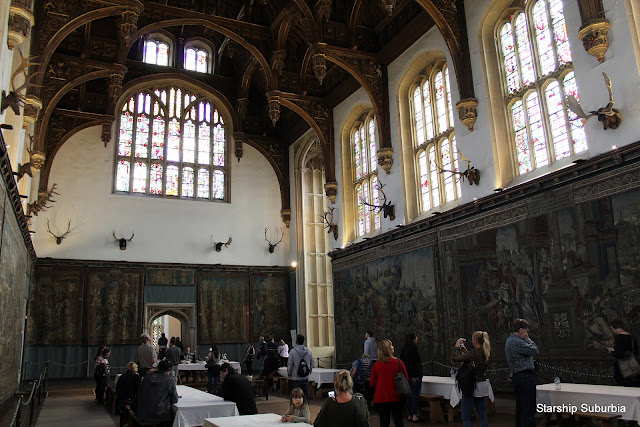 It was pretty great. 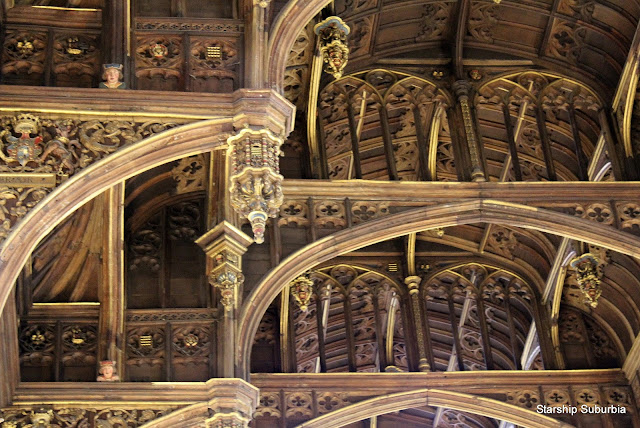 It isn't until you stop and stare at the ceiling that you really get a feel for how detailed the work was that went into the decorations. The small faces up there are called "Eavesdroppers". 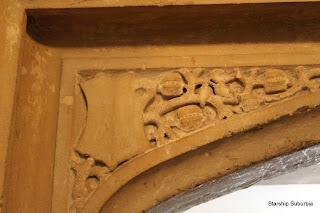 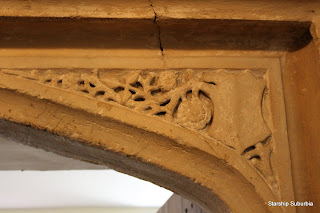 These are the two edges of the archway from a room off of the Great Hall. On one end you see the pomegranates of Katherine of Aragon, on the other you see the Tudor Roses of Henry VIII. 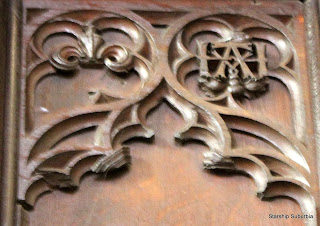 When Anne Boleyn fell from favor, any mention of her was scrubbed from the palace decorations - the exception being one place along the back wall. 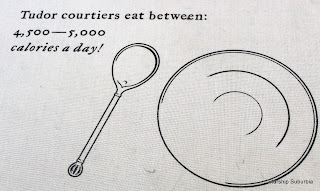 Along the tables in the room were placemats with various factoids. I thought this one was interesting.

Part Two is this way!
Labels: Away Missions