A Slightly More Weighty Episode of Tangential Parenting Has Dropped 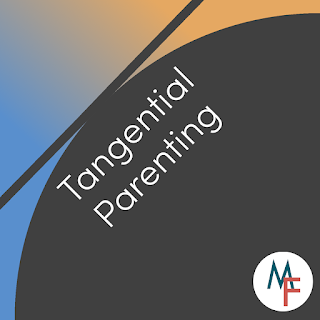 So, as I've mentioned before, Eric from The Modern Father and I have started a podcast on parenting. For the most part it tends to be fairly lighthearted - we aim to give good information on our experiences, but at the same time, neither of us are built for long stretches of seriousness, at least for most topics.

Our third episode - titled "The Afterschool Special" - was inspired by an article that came across Eric's twitter feed, in which the author discusses why she's filing a wrongful birth suit for the birth of her son, who was born with Cystic Fibrosis. While she underwent genetic testing, the fact that she's a carrier of the Cystic Fibrosis Gene wasn't communicated to her. If it had been, the author states she would have done things differently.

The article caught Eric's attention because he also has CF, so, understandably, he felt as if it was relevant to his interests. I've been lucky enough to have had the birth of a healthy child (the occasionally mentioned Miss Mads), so I mainly played the role of interviewer and let Eric take the role of primary voice.

There's a lot to unpack in the article, but, most of all, I think the people who are closest to an issue should have the primary voice. Do most people with Cystic Fibrosis think they would have been better off not being born?

Anyhow, please give us a listen, and, if you feel so generous, rate and subscribe to us on the platform of your choice!
Libsyn
iTunes
Stitcher
Google Play Music
RSS
Labels: Podcast