There was so much that we wanted to do in London that this became a trip of highlights, because when you have 5 zillion things on your list, there's not much time for the lowlights. So, it is with a small grain of salt that I say that Leavesden Studios, also known as the Harry Potter Studio Tour, was a huge highlight.

Originally, there was some debate on if we should go for the guided tour package (which included transportation and a ticket to the studio) or if we should just buy tickets from the studio and figure out how to get there on our own. All tickets come with a set entry time and have to be purchased ahead of time. In the end, we decided that having the freedom to stay as long as we liked was far better than the easy transportation. Of course, by that time, the only available tickets were through the tour company, so Golden Tours it was!

The tour used double-decker buses from near Victoria Station, and showed the first part of the Sorcerer's Stone during the ride there.  After about an hour's ride, we made it to the studio, which is located in the northern suburbs of London.

Right inside was a display of costumes from Fantastic Beasts and Where to Find Them. 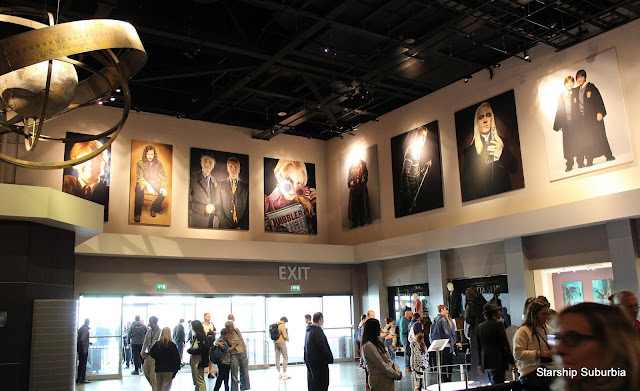 Other props, images, and the cafe were there, too.

There was a queue to enter the exhibit (or rather, enter as a group for a pre-movie, then move on to a quick presentation, THEN enter the exhibit), but it snaked by a fairly iconic set piece. 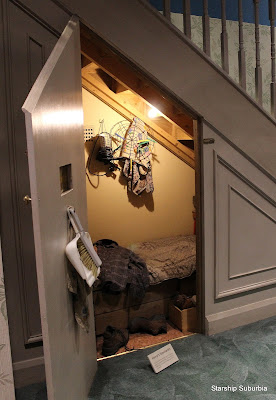 Harry's cupboard under the stairs bedroom was smaller than it seemed in the movie. 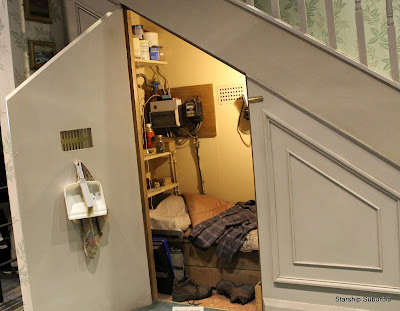 Part 2 is this way!
Labels: Away Missions