Next up was the set for the Headmaster's office. 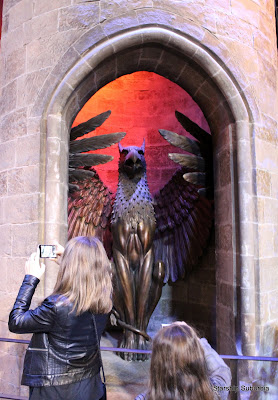 First up was the entrance. At this point I realized just how much the Wizarding World of Harry Potter at Universal Studios resembles the set. There, you pass by the entrance to the Headmaster's office, and it seemed exactly the same when compared to the "original". 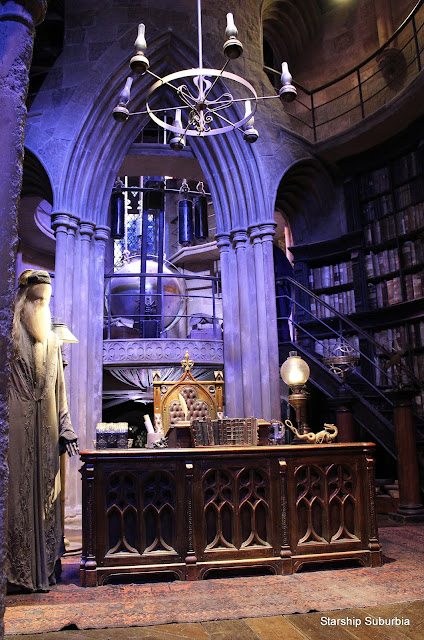 The office set itself was amazing. There was so much to look at that doesn't even really show in the movies. It has a bit of a split-level setup - behind the desk, under the balcony, is a separate living area that you can *just* see. Dr_Co and I became a little obsessed with trying to figure out if there was actually a bed back there, or if it was just a lounge-type setup. Later, we were able to catch a glimpse of the back (which I wasn't able to photograph) that showed that there was a sleeping area set up.

So, I guess if you're wondering where Dumbledore sleeps, that mystery is solved, at least in the movies. Alternately, you could probably make the argument that Dumbledore sleeps wherever he pleases, but I digress. 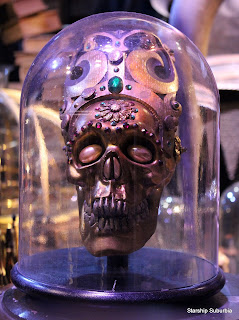 I grabbed this picture because I thought it was cool, but now I can't remember what it was. 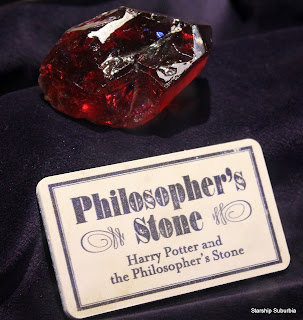 We found the Philosopher's Stone! 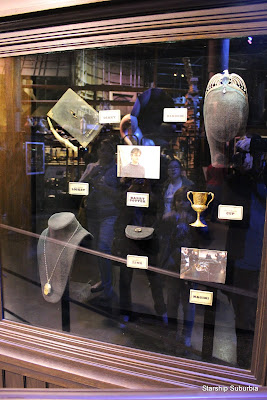 If you were looking to defeat Voldemort, all the horcruxes are assembled! 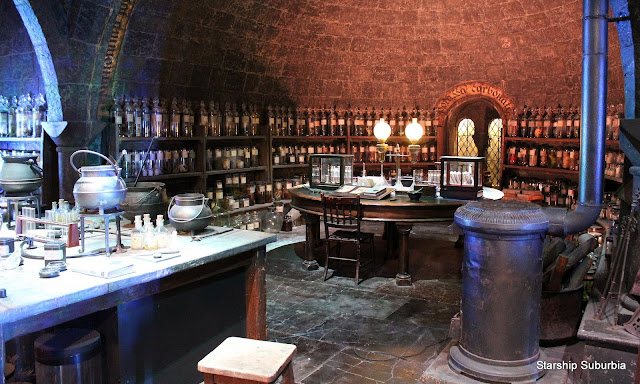 This is really only half of the potions classroom set. It was GINORMOUS. 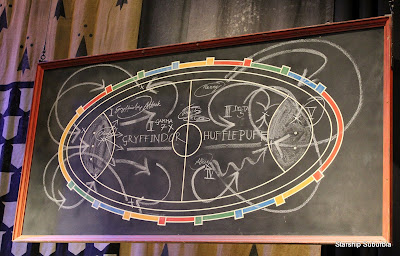 Near a display on how the quidditch scenes were filmed, I found something to share with my fellow 'Puffs on how to defeat Gryffindor at the next match. Or not, because that wouldn't really be very sporting to stoop to espionage. 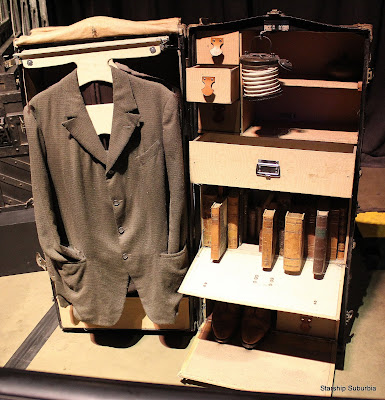 There were various displays showing the different types of effect, and to what degree they were used. Not everything was computer generated! Lupin's trunk was done mechanically! 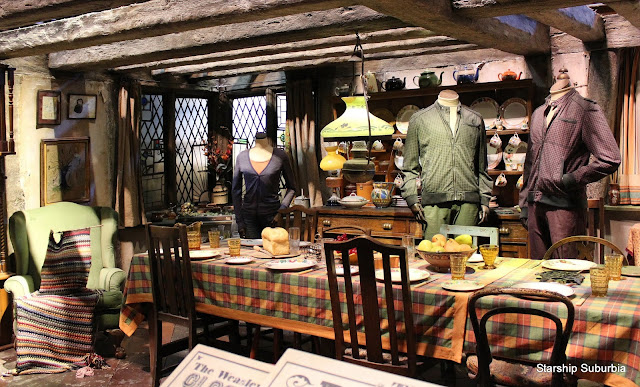 Another set that was much larger thank it looked in the movies! This is only about 1/3rd of the Burrow set.

Part 5 is this way!
Labels: Away Missions