We exited the Great Hall to start the rest of the tour. There was a path to follow, but there was so much to see that there was a lot of zig-zagging. There wasn't always a lot of logical flow from one thing to the next. 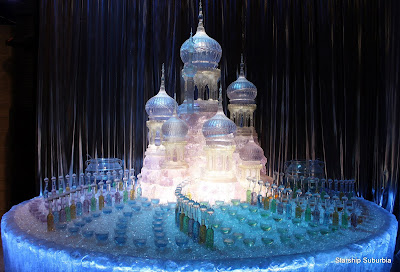 We saw the centerpiece from the Yule Ball.


There were some explanations on how some movie effects worked. This was one of the moving staircases that was used for filming. Behind it are a number of the various wizard portraits that lined the halls of Hogwarts.

Forced perspective was a trick that was used in filming. Small sets are cheaper.

There was an overload of things to look at that were used for Gryffindor Tower.

The set for the dorm room for the Gryffindor boys in Harry's year was simultaneously larger and smaller than it looked. 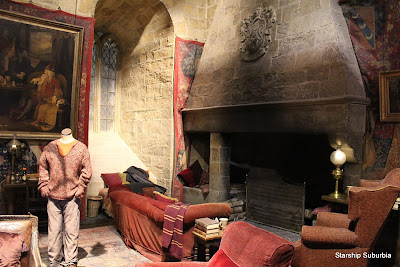 Now that I think about it, the common room reminded me of some of the St. Olaf common rooms if you added more tapestry. 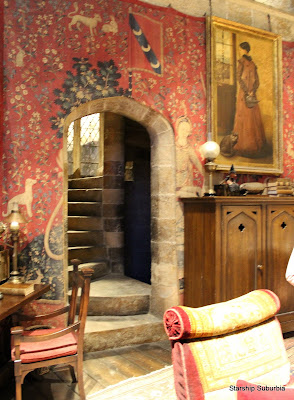 Those are the stairs up to the dorms. See the painting on the wall? 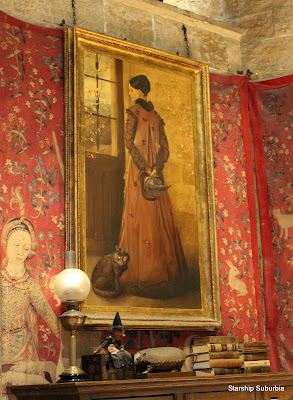 It's a portrait of a young McGonagall!

Part 4 is this way!
Labels: Away Missions