Before we returned to Minnesota, Dr_Co and I spent a number of years in Omaha, Nebraska. It always felt as if we were visiting there, instead of living there, so it never quite really felt like home. We found ourselves back there to attend an event, and we took the chance to really play tourist (while trying to avoid the College World Series traffic, because that's a headache.

We hit up the Durham Museum on one day to take in the special exhibit there on spies. The museum is in the old train depot, and it has been lovingly restored to its art-deco glory. 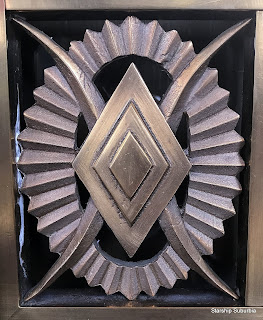 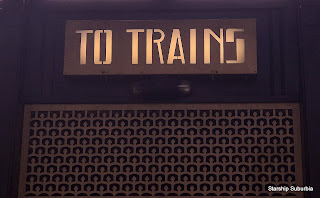 The next day was devoted to the Omaha Zoo. It's a great zoo, and there's been a lot of work in the past 2 years to make it even better. Saturday during the College World Series isn't a time I'd advise visiting it (VERY BUSY), but we were able to make it work even with the crowds. 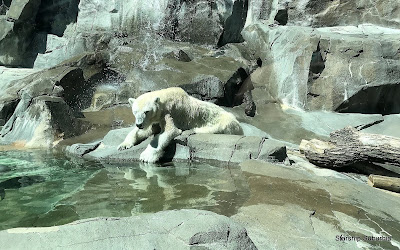 We said hi to the Polar Bear. 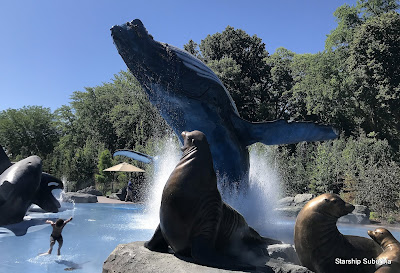 Much to Miss Mads' disappointment, we just walked around the new splash pad instead of letting her go through it. We didn't know it was there, so we didn't plan for it and have something for her to change into (or have appropriate shoes). It did look pretty fun. The little guy in the picture seems to love it.

So much has been added that we ran out of time and didn't make it to everything. When we arrived at the zoo, we were offered complementary tickets to a preview of the new bird show, so we ended up doing that instead of making it through the jungle and visiting the gorillas.

While Miss Mads doesn't love the aquarium as much as she did when she was tiny, it was still a must do, so we did. 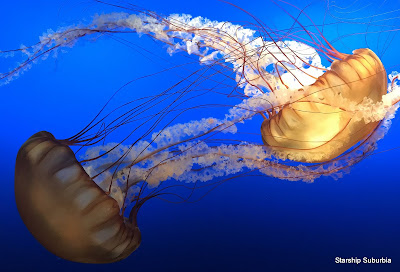 I communed with the jellyfish. 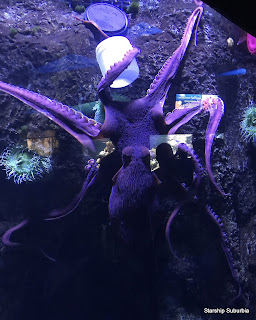 We got lucky and the octopus decided to emerge from its hiding place while we were watching.