I've been playing around with some space themed bowls. There's something compelling about the combination of the fantastic technology required to bring us to the stars and the enduring ancientness of pottery. It's the marriage of the past and the future.

Though, if you think about it, there's nothing exceptionally futuristic about the space itself. 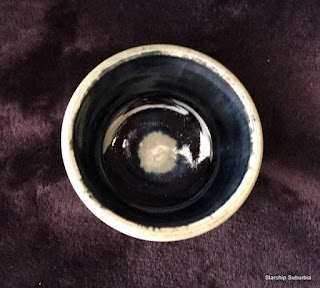 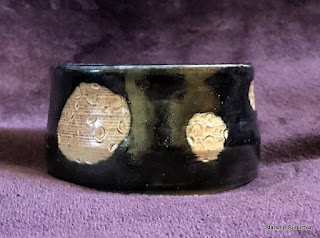 I used the same glaze for the two bowls, but the application was different. The Asteroid Belt bowl received only a quick spray of glaze, since I was concerned about it running and ruining the effect of the asteroids. The moon bowl either received a much heavier spray or was dipped. 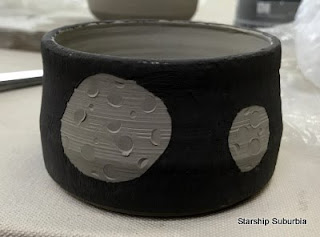