I made some handbuilt appetizer plates for an upcoming fundraiser for the Art Center which is home to the pottery studio I use. 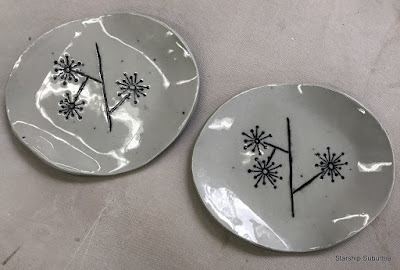 This set looks great! They came out looking amazing! Where's the mystery, you ask?


The mystery is with this set of blue plates. I made 4 plates the same way, from the same slab. Two became the first two plates shown above. The second two were painted with blue slip before having the design carved into their surface. The first two came out lovely. The second two have the middle as the highest point on the plate. That's not really a functional design for a plate. 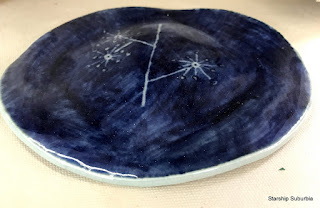 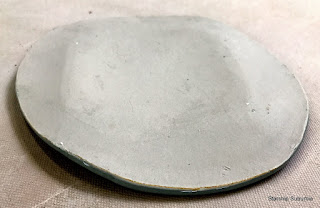 See! My best guess has to do with the combination of the Blue Ice on the Blue Slip. I have some other experimental combinations that are being fired right now, so I hope a pattern emerges.
Labels: Pottery