William III (also known as the William in William and Mary) was behind a lot of the renovating that created the mishmash of architectural styles in the palace. His desire was use a more fashionable baroque style, but ran out of money before being able to completely re-do the palace. 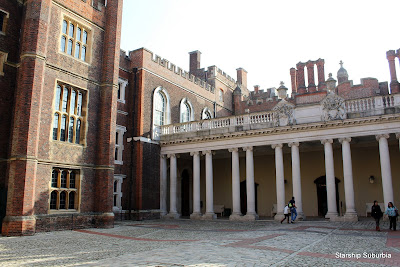 Tudor on the left, Stuart on the right. 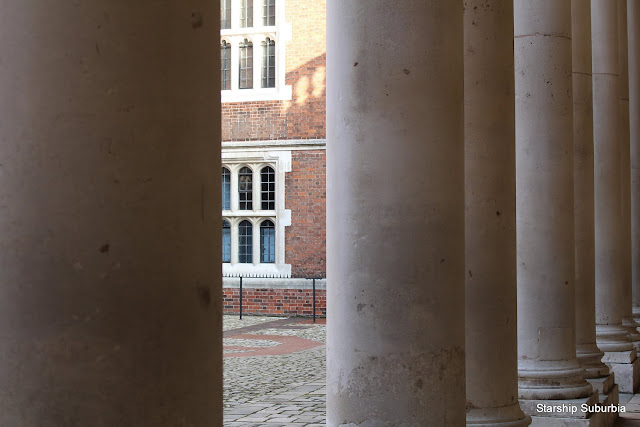 The view from behind the columns. 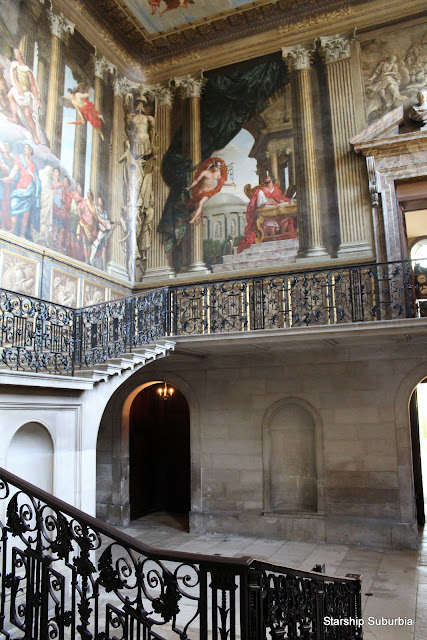 William III wanted to create a grand entrance up to the King's rooms. The great mural on the walls and ceiling give the impression that you are walking up to heaven while simultaneously making you feel smaller than you really are. Apparently, ruling is all about the mind games.

This is also where I had my greatest battle with my nemesis of the day - bright sunshine. Getting pictures of this room without reflection was a challenge. A challenge I lost. 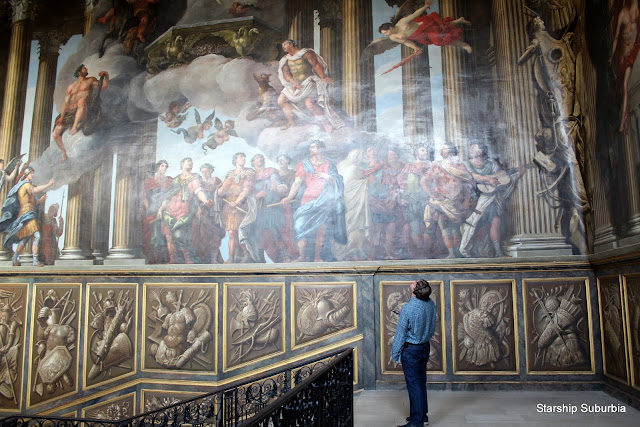 Here's my six foot tall husband for a sense of scale. 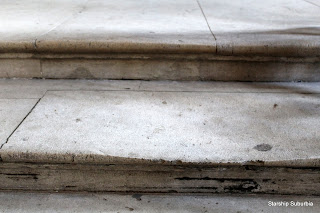 The wear on the stairs gives perspective for how many people have come up the stairs. 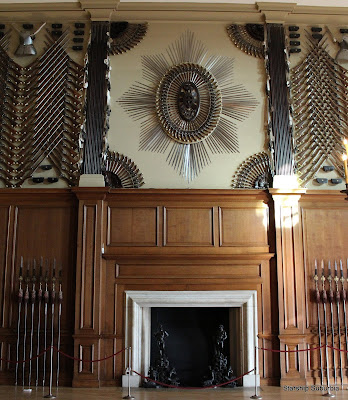 The door at the top of the staircase leads into the Guard Chamber, which used fully functional arms (at least at the time) to decorate. 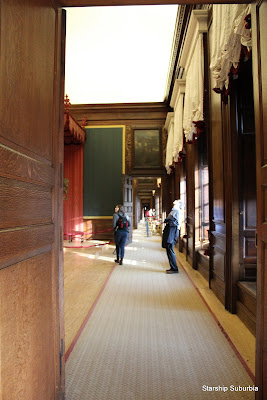 The view into the Presence Chamber and the series of rooms beyond. 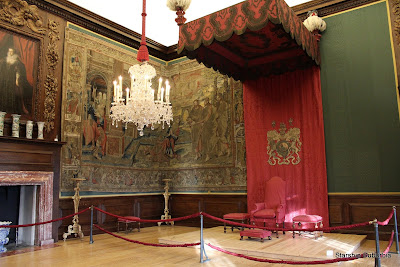 The King's Privy Chamber held a second chair of state. The Tapestry was from Henry VIII's collections. Apparently the Stuarts didn't discard everything Tudor. 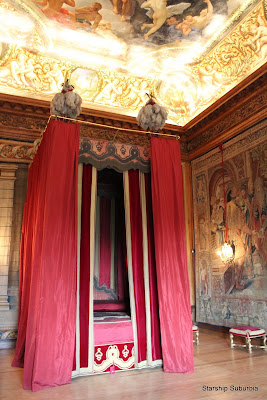 This is the King's Great Bedchamber, but he preferred his more private rooms. In case you were wondering about the bathroom habits of the Stuarts, this is the personal close stool (portable toilet) of William III.

Part Four is this way!
Labels: Away Missions