Aside from the Great Hall, much of the Tudor presence at Hampton Court was renovated away by later monarchs. 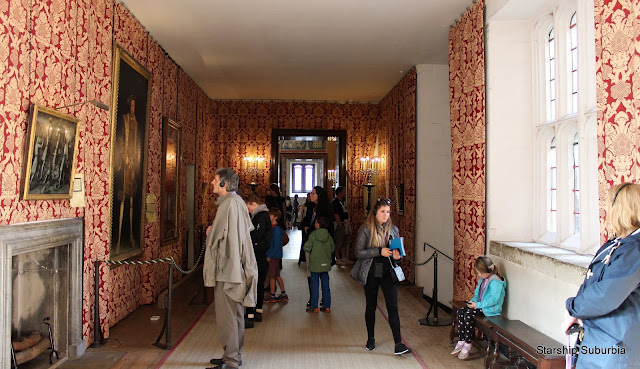 This gallery is one of the few remaining rooms. Today, it's known as the "Haunted Gallery", due to reported ghostly sightings. When Catherine Howard was accused of adultery, legend has it that she ran to try to plead her case to Henry VIII who was ensconced in the chapel. She was then stopped and dragged screaming down this hallway. Per the Hampton Court guide, this hallway has more reports of ghost sightings (mainly of a screaming young woman), unexplained noises, and odd feelings than any other place in the palace. 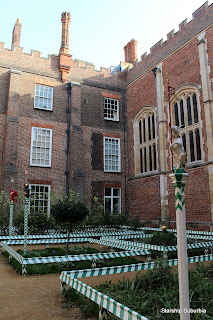 Some places have been recreated, such as this Tudor garden. 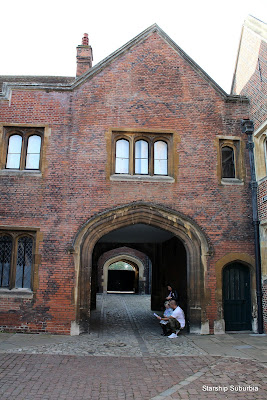 The kitchens from Tudor times are partially accessible, though some was blocked off due to an archaeology project to excavate more. Just outside the food store rooms and kitchens are the Master Carpenter's court and the Seymour Gates, which were used primarily for  delivery, since they allowed for easy access to the kitchen without disturbing the more formal areas. 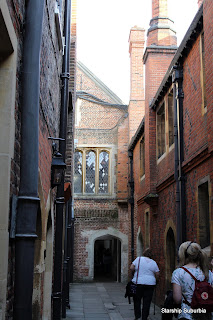 Here's the to the kitchens from the store rooms and the first hint of the trouble that the bright sun gave me in photographing. The narrow passage is huge (or small) indicator that this is a place that the public did not usually travel in the times when the palace was in heavy use. 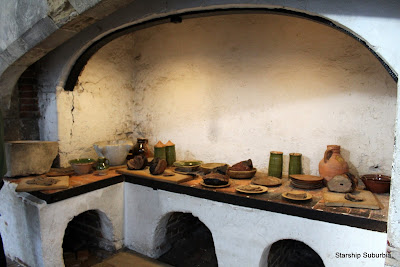 The kitchens that were open for visiting were large, high ceiling-ed rooms with room for large spits, vats, and fires. In corners were tables and other work surfaces. Some changes did happen over the years - originally the kitchen was one large room and used mainly for meat. Over the years, the kitchen was divided into three sections, and implements for making other types of food, such as bread, were added. 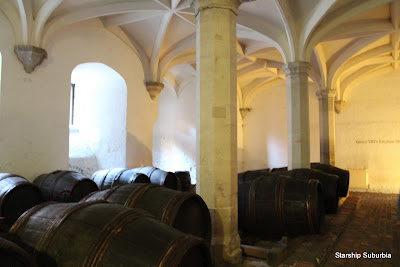 The wine cellar (which held other beverages as well).

Part Three is this way!
Labels: Away Missions