Counting down to Convergence

I finally made to Convergence, one of the larger Minnesota fan conventions, for the first time last year. It's basically a 4-day geek party, and it totally felt like home. It's a little over a month until Convergence 2017, and we'll see if my intended sewing gets done.

I'm also hoping to put some pieces in the art show, though I'm debating which ones will make it in. There was one thing I was hoping to have ready, but that's another blog post.

In the meantime, I'm enjoying thinking about the fun from last year. One of the room parties ran a Hamilton sing-along on Friday night, and made awesome mashup posters to publicize it. It became my own personal Pokemon game, as I had to "catch them all" with my camera.

Disclaimer - I did not make these. I just thought they were amazeballs!

Some had pictures from Hamilton mixed with appropriate sci-fi and fantasy quotes. 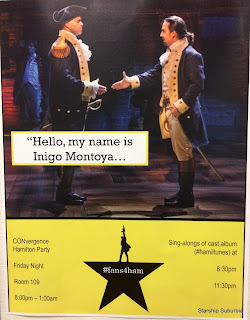 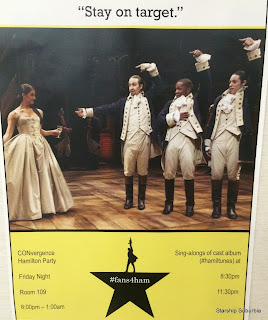 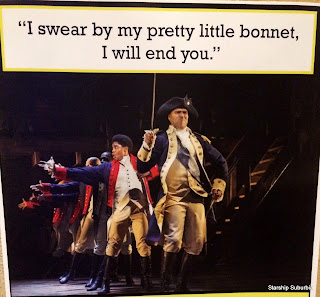 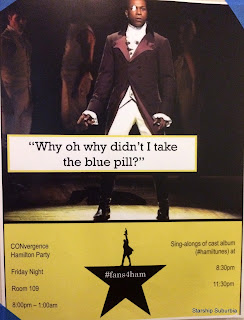 Some had Hamilton quotes attached to appropriate pictures. 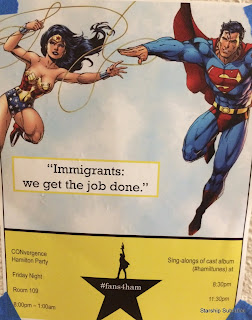 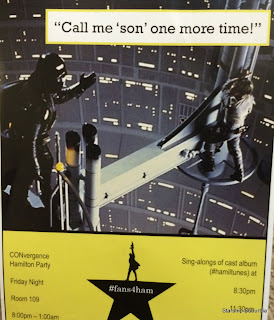 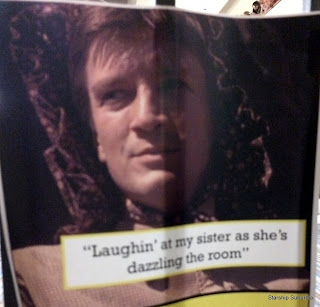 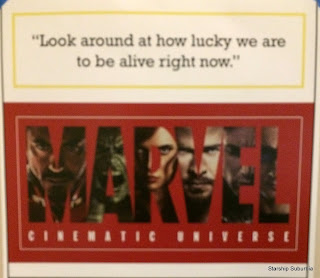 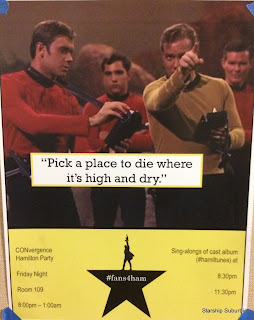 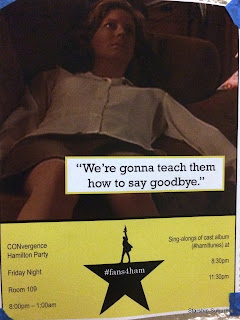 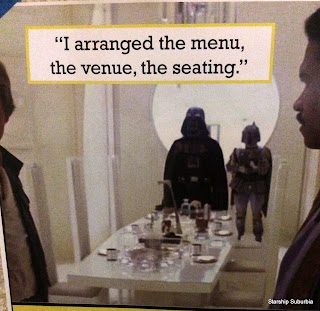 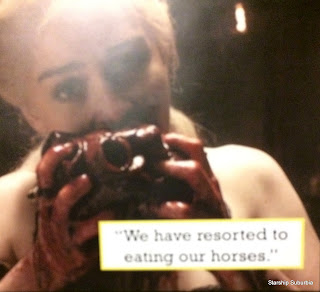 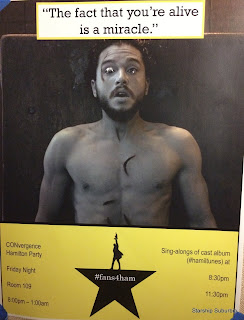 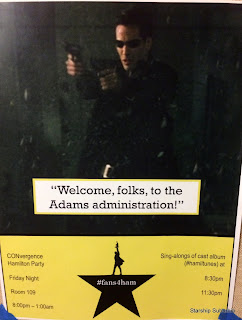 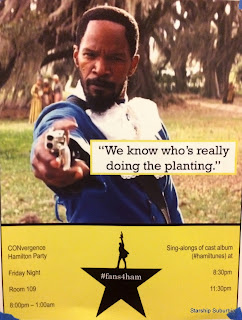 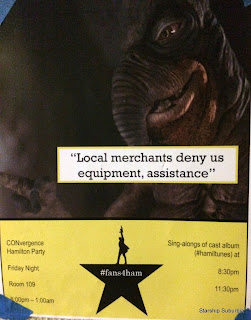 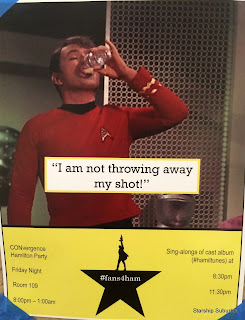 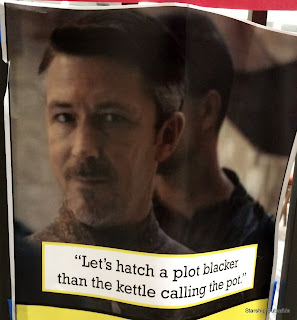 Some of them had been Googly-eyed by some enterprising attendee. 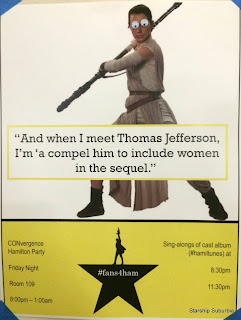 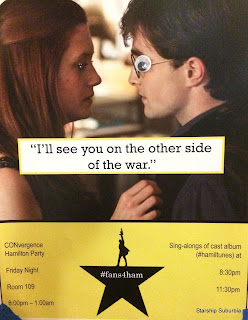 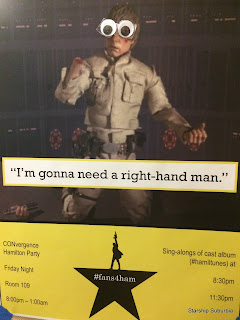 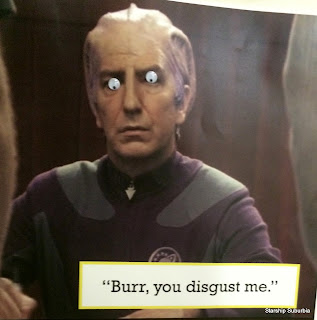 But this one made me giggle the hardest. 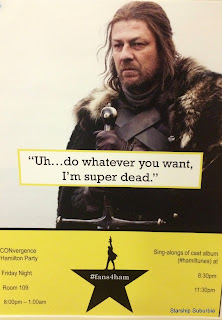